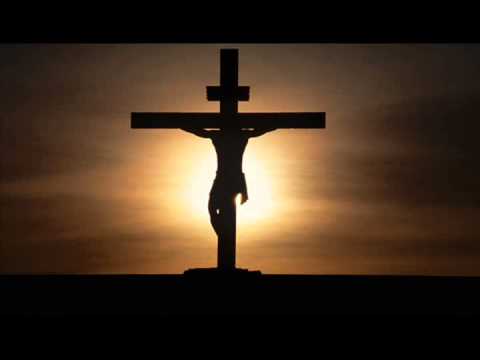 That’s an ugly sentence. Jesus, who hurt nobody and loved even the most wretched. How could we hurt him? How could anybody, but much less his followers?

It’s what one of his followers – one of his closest, one of the Twelve Apostles — came away muttering, just after the events of today’s Gospel reading.

They were at Bethany, a few miles from Jerusalem. Mary, not his mother but the sister of Martha and Lazarus, had come to him while he was visiting her house. Her sister was bustling around with the dishes, as always; Lazarus, well, he was probably just glad to be there at all – he is the one Jesus had raised from the dead.

But Mary brought out a precious gift: perfumed ointment made from the spikenard plant. It was a rare thing, imported from the Himalayas. Rare – and valuable, worth what a worker might earn in a year. What is that to us? Twenty thousand dollars? Thirty thousand? For one sixteen-ounce jar.

She carried it out, and people were surely watching as they realized what it was she held in her hands. They watched as she knelt, and as she lifted off the top of the jar. They gasped as she reached her fingers in to touch the soft, yielding, unspeakably valuable ointment.

She put it on his feet.

Washing his feet, sure; but more than that. Anointing them, the way in those days you anointed a dead body before you buried it. That was what Jesus called it. But more: she was honoring the Lord, even worshiping him. The way a priest burned incense before the altar in the Temple, so she filled the house where Jesus sat with the aroma of this precious oil.

It was a beautiful thing to do. A tender thing. A worshipful thing. But so, so costly!

One of the apostles, the one who kept their purse, was offended. “What a waste,” he huffed. “We could have sold that perfume, and given the money to the poor. It could have fed a family for a year, a village for a week. What a waste!”

But you can’t blame him. Not for this, anyway. I think that anyone who has ever sat on a church council or a finance committee has had the same thought. What is a better use of our resources? Do we put it into some thing beautiful – into music and art, worship and praise? Or into something helpful – food for the hungry, shelter for the homeless? Which one best reflects our values? Which one best honors God?

No, I don’t blame Judas for challenging Mary. It’s a fair question. No; I blame him for what he did next.

Think of the situation. He could have talked to Mary as the supper went on, and done what the ancients did: begun a meal-time debate, a symposion, in which like Socrates and Glaucon, they worked together to discern the good, the true and the beautiful.

Or he could have taken Jesus aside, privately, and shared his concern. He could have said that this was a time for leadership, for the Lord to set down rules for his apostles to follow as they went forward in their ministry.

Those are things he might have done, but they are not what he actually did.

No. He started a conspiracy. A plot. He started whispering to the people who ran the Temple in Jerusalem. He started feeding them information, making them promises. It was, I say a conspiracy, with one simple idea at its heart: Let’s kill Jesus.

Now, I’m changing the subject, leaving Judas alone for a moment, but don’t worry: we’ll be back.

In the last generation or so, there has been a change in American society. Some of you have noticed it, I expect. Others haven’t, because you’ve never known anything else. But it’s a change.

We are a lot more invested in tearing each other down than we used to be, and less invested in working together for the common good. Maybe it began with Viet Nam or Watergate; maybe before, maybe after. But you can see it everywhere. Politicians no longer go to the debate floor to argue about principles, then retire to a smoke-filled room to barter, bargain, compromise and collaborate until at last they emerge with practical laws that everybody can live with.

No. Now, they wage all-out war on each other. No compromise, no bargain. And anyone who disagrees is not just a colleague to be out-maneuvered, but an enemy to be destroyed.

Dante, in his Inferno, described Hell as a series of concentric circles. The outer circles were for ordinary sinners; as you drew near the center, the sins grew more and and more sinister. In the very center was a ring for the worst sinners of all time: Brutus, who led the conspiracy against Caesar, and Judas, who led the one against Jesus.

People say that Dante reserved the inmost circle for traitors, but I have another interpretation. I think he meant it for those who resorted to violence when they disagreed, to conspiracy rather than earnest debate. I think the inner circle of hell is reserved for those who abandoned civil discourse.

There’s a lot of this going around today, and I wish it were just in Washington, but it’s not. It has infected our our whole culture, top to bottom.

Have you heard of Gabbie Green? She was a spunky blonde girl on the cusp of adolescence. Her family moved from Michigan to Florida as she started 6th grade. Tried to make friends, join clubs, play sports. But her classmates, especially the other little girls, didn’t like the new kid. She was developing a little fast, getting attention from the boys; so the girls decided to tear her down. They spread rumors, called her names, sent her cruel messages by text and Facebook.

Gabbie told her parents, and her parents told the school. But nothing changed. It just got worse and worse. Until one day, at home, Gabbie disappeared for a few minutes – just a few minutes. Mom and Dad went looking, and first they found the phone, still open to another vicious text message. And then they found their precious 12-year-old daughter, dead by her own hand.

That is Judas Iscariot at work, my friends. That is the culture of personal destruction. And we in our incivility, our hard-heartedness, are becoming a nation of Judases. We are, always claiming the best intentions and the highest ideals, killing Jesus over and over.

But did you see who else was at the fateful dinner party? Not just Mary and Martha, but also their brother Lazarus – the one Jesus had raised from the dead, a living symbol of God’s power to give new life.

And look: the story takes place six days before Passover – six days, the length of time it took God to make the world. It is as if the story has been crafted to say, “Yes, hard-necked people bring death into the world; but over and over, God gives new life.”

In our first lesson, God says to the captives in Babylon, Remember the story, of how long ago I led you out of slavery, feeding you with bread from Heaven and water from a rock? Well, forget those miracles; because the new ones will be so much greater. When I come to your rescue now, I will make the desert erupt with foliage. I will make a river flow through the dry land.

And in the desert of our modern culture, God offers the same hope of a new and more beautiful life. And that, beloved, is the mission of God’s church: to be Lazarus in a world of Judases, rivers in the desert, the sign of hope and new life.

The key to this new kingdom? It is love. Not just care-for-the poor-love, either, or protect-your-family love, but respect-your-neighbor love, listen-to-other-people’s opinions love, disagree-respectfully love. In an embittered world, the church is – or at least, it could be – the last reservoir of sweetness; in a world of endless shouting, we could be the last refuge of civil discourse and thoughtful listening.

We aren’t always good at this ourselves; we have surely done our bit of shouting at those we disagree with. Let’s face it: the church is infamous for that. But we can try. We should try. We have an incentive that the rest of the world seems to lack. We have a vision, sent from God; a promise, made by God himself.

We can be the medicine that heals a poisoned world, the sweet perfume that drives away the stink of human cruelty – if only we accept the gift that God has given us, and embrace the power of love. Amen.

Preached by the Rev. Michael Church on 7 April 2019, the Fifth Sunday in Lent.