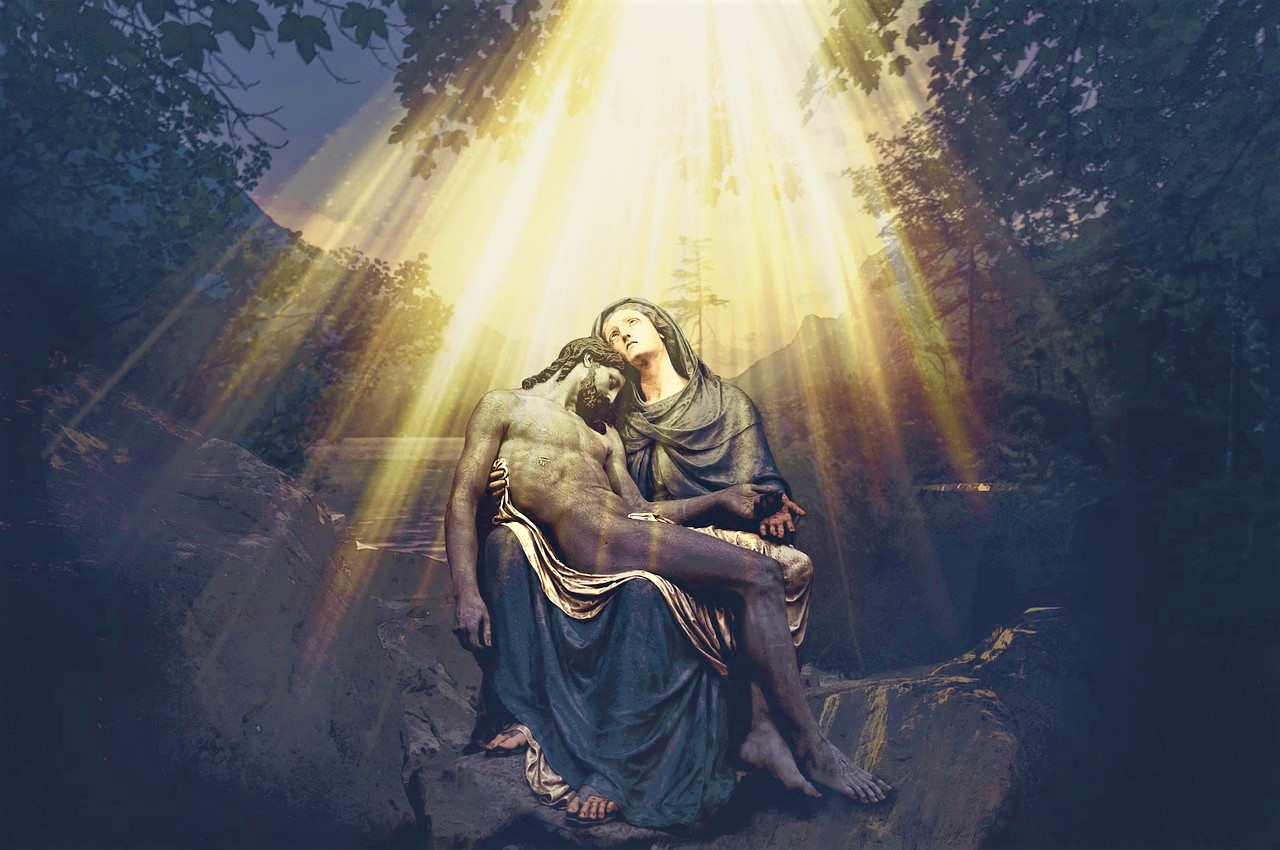 We Commemorate the Crucifixion of Jesus and His Death at Calvary

If You Have Tears

If you have tears, prepare to shed them now.

That is what Marc Antony says, in Shakespeare’s play, when he speaks to the crowd about he death of Julius Caesar. He shows them Caesar’s bloody cloak, and talks about how the traitors – his supposed friends – betrayed the great man, stabbing him to death on the floor of the Roman Senate. It is a moving speech; indeed, it nearly stirs the crowd up to riot.

But it is that phrase which sticks in my head: If you have tears, prepare to shed them now.

That’s what I think, each year on Good Friday, as we prepare to read together the Passion, the story of the betrayal, suffering and execution of Jesus. This account, the one we have just heard, is far more moving than the death of Caesar, because Jesus was so much more, and his death is so much more. He was the Son of God, the Word made flesh – the same creative power that spoke the world into being, restrained of his own volition by the natural laws he had himself imposed.

But perhaps talking about him that way leaves out what makes the story so heart-breaking. Because he was a man, a human being, made of the same flesh and blood that we are, subject to the same fears and passions. He had a mother who loved him, and who was forced to stand by and watch as her son was tortured, nails driven into his flesh, as his body sagged in the afternoon sun, as he cried out in desperation and as he died. He had friends and students who had sworn to be loyal, and in their panic pretended they did not know him, and who would bear that shame forever.

He was kind. He was merciful. He taught non-violence, turning the other cheek. He touched the sick and made them well, he promised a gift for those whose spirits were poor, and freedom for those enslaved by sin. He taught us to set aside the worries of the day – politics and money and all of that – so that we could put love and mercy first in our lives.

And we killed him.

Not the Jews, not the Romans, but us – all of us, the human race – were complicit. God came into our lives, and we rejected him. God walked among us, and rather than fall on our knees in adoration, we raised our fists in violence.

Because the story of Good Friday, the story of the Cross, is a revelation, a discovery, of something we do lot love to speak of. It shows us that we human beings are deeply, deeply immoral. We are sinners from our mothers’ wombs, we are spiteful, cruel, filled with everyday resentment that easily swells into hatred and violence.

Good Friday is, in one sense, a story about us. It sums up our wars and atrocities, our Holocausts and genocides, our greedy businessmen and shameless leaders, our broken families, our abused children and everything else that is wretched, corrupt and broken in our lives. Good Friday is a revelation, all right: it reveals in the plainest way the depth of human sinfulness.

But that is not the only revelation. Oh, no – Good Friday reveals another truth as well, a truth of such power that it does not merely shake the foundations, it demolishes them; it does not merely make the earth quake, it destroys the world and makes it new.

Jesus had choices. He – perhaps alone of all the people who have ever walked the earth – had a truly free will, bound neither by sin nor by a power greater than his own. So had he chosen otherwise, there might have been no Cross; no scourging; no arrest or even betrayal. There might for that matter have been no Last Supper (and so no Eucharist); no healings, no contest with unclean spirits, no encounter with John (and so no baptism). Or even this – no birth at all, no Christmas, no mystery of the Incarnation.

Jesus might have chosen, as the clockmaker God of the Desists chose, to absent himself from our lives, to stand aloof and far away, unconcerned by the way we live in squalor.

But he did not. He came into the world for us, he lived for us and when his hour drew near he died for us. And why? Because he loved us. And he still loves us.

This is the true power of the Cross. It is revelation of God’s love, a bold declaration that the same love which created the stars and planets at the dawn of time has entered the world and given itself, utterly and completely and without hesitation, in order to save us from ourselves.

We are not what we should be, what we want to be. But despite ourselves, God is present in the world, teaching and healing, reconciling and redeeming. God is here, to wash away our sin, to feed us when we are weak, to embrace us when in our brief moments of clarity we repent and turn toward his mercy. This is what the Cross reveals: the awe-inspiring reality of God’s love, through the suffering and death of Jesus Christ, our Lord.

Second Sunday of Advent, Year A