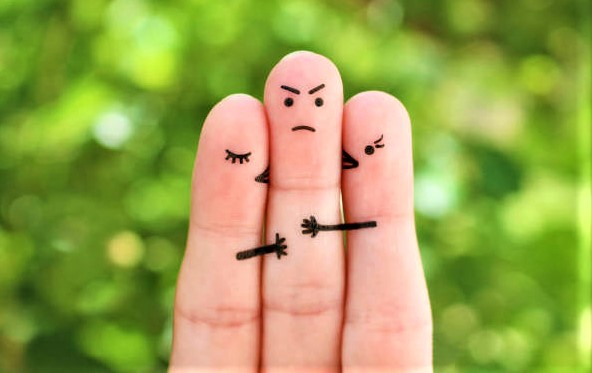 Our Saviour is incredibly pleased to have you join us for live in-person worship inside the Nave and Sanctuary on Saturday, February 19 at 5:30 pm (casual with Voices of Praise), and Sunday, February 20 at 8:00 am (simple service) and 10:30 am (traditional with choir and/or organ music). The Saturday evening and Sunday 10:30 am services will will also be online via Facebook Livestream! 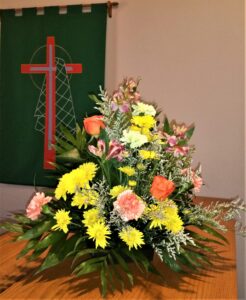 Altar Flowers for this weekend’s services were donated by Jim & Sharon Wood in loving memory of Jim’s uncle Wayne Sheehy.

Sunday 9:00 am — Sunday School for All Ages (including adults)

The idea she might pardon her son’s killer first came to Samereh Alinejad in a dream. It was a message she didn’t want to hear.[1]

Her son, Abdollah, was stabbed and killed in a street brawl when he was only 18. He had known his killer, Balal. The two had played football together. Furious in her grief, Samereh was determined Balal would hang.

But as [the] execution date drew nearer, Abdollah appeared to his mother in a series of vivid dreams. He begged her to forgive Balal, which under the laws of Iran would give her power to spare the killer’s life.

“We couldn’t sleep that night,” she said later.  “We were all awake until morning. Until the last minute, I didn’t want to forgive. … My husband said, look to God and let’s see what happens.”

On the day of the execution, Alinejad and her husband came to the prison, to carry out the hanging.  But in an unexpected move, she clambered up on a stool and rather than pushing away his chair, slapped him across the face.

“After that, I felt as if rage vanished within my heart. I felt as if the blood in my veins began to flow again,” she said. “I burst into tears and I called my husband and asked him to come up and remove the noose.” And with that, Balal was pardoned.

Could you pardon the man who killed your child? I’m not sure I could.  On the contrary, it is easy to imagine myself kicking away the stool, watching him drop and swing by his neck, and even taking a certain grim satisfaction in the sight.

Samereh Alinejad is a Muslim, of course.  But on that day, she followed the teachings of Jesus more closely than I think I ever could.

For that matter, Joseph was a Hebrew who lived long before the time of Jesus, or for that matter even of Moses.  But when the brothers who had thrown him into a well and then sold him into slavery showed up on his doorstep, years later, begging for help, he too did what most of us would struggle to. Centuries before Jesus walked the earth, Joseph showed us what it means to follow him.

It is Jesus, after all, who tells us to love our enemies, to bless those who curse us – and that is what she did, not with mere words – certainly not with the useless pro forma “thoughts and prayers” that politicians offer by rote these days — but with difficult, costly actions.  She blessed her son’s killer with the gift of life. She forgave, with a kind of forgiveness that seems almost impossible to most of us.

Because, really, that is the problem with Jesus.  (I know – I’m a preacher, I’m not supposed to admit that there is a problem with Jesus, but hear me out.)  He asks so much of us!  Especially here, in this portion of Luke’s Gospel called the Sermon on the Plain, and in its companion piece Matthew’s Sermon on the Mount, Jesus seems to ask – to demand – things we simply cannot do.

Turn the other cheek, so an enemy who struck you once can strike again?

If somebody steals your coat, give them your shirt as well?

It’s hard.  It’s so hard, when we have been hurt, betrayed, maligned, stepped on, humiliated. Jesus calls us, over and over, to do what do not believe we can do.  It is as if he wants each one of us to be an alabaster saint, or some kind of moral superhero.

It would be one thing if he were paying us to be this good.  Not, I mean, giving us a salary, but maybe a prize.  If the covenant involved a quid pro quo, an if/then.  It would be one thing if Jesus said, “If you forgive somebody else for what they have done wrong, then God will forgive you for what you have done wrong.”  If you make earth a better place, then you will be welcome in Heaven.

But that’s not how it works.  God forgives our sins, God saves us, as an act of generosity which we neither earn nor deserve.  That’s what grace is, that’s what we Lutherans mean when we talk about the Gospel:  a gift.

So when Jesus tells us to love our enemies, he’s not offering us a bargain, but rather calling us to imitate God’s own behavior.  It is not Gospel, but a strange, alien kind of law – a law that does not seek justice, but mercy.

It all seems like so much to ask.  To live as Jesus commands is indeed to live a strange new life, counter to our instincts, our expectations, even our human laws.  A life of radical love seems impractical.  And maybe it is.

But reconciliation is real.  Peacemaking is real.  They happen every day.

Look at Joseph and his brothers.  Look at Jesus, on the Cross – “Father, forgive them.”

Or look at Charles Neilsen, a Vietnam veteran who was in a barber shop some time ago.  Neilsen writes in an online forum that there was an older Vietnamese man in the shop getting his hair cut.  Neilsen nodded and greeted him “chao ang”. They chatted, and it turned out that back in the day, Neilsen had been stationed near the other man’s home town. After a few minutes of halting conversation it became obvious that he had been on the other side, that he was Viet Cong. Fifty years ago, these two men had been trying, actively trying, to kill each other.  Each of them had killed the other’s friends and brothers in arms.  They were sworn enemies. They looked at each other for a minute, there in the shop, with old memories, old hatreds, running through their brains.

Then, says Neilsen, they let it go. They embraced their own new life.  With tears in their eyes, the two men shook hands.[2]

It is not so very strange after all. God’s law, Christ’s call to mercy, is not burdensome, nor need we be saints or superhumans to follow it.  Love is a beautiful thing, a profoundly human thing; and when Christ commands us to love even those who are most difficult to love, he calls us to lives of beauty, and the truest kind of humanity.

FacebookTwitterEmailLinkedIn
Previous
Sixth Sunday after Epiphany
Next
Transfiguration of Our Lord

Second Sunday of Advent, Year A