In the sure and certain hope of the Resurrection to eternal life won for us by
our Lord and Savior Jesus Christ, we remember before God our brother Bill Werre.

Ice Cream Social hosted by ECHO, which Bill help found at OSLC back in 2015. If you knew Bill, you knew how much he loved ice cream!

The service will be live-streamed for those who are unable to attend in person. Access the live-stream on OSLC’s Facebook page shortly before service is scheduled to begin.

In lieu of flowers, the family asks you to extend Bill’s lifetime of charity by donating on behalf of him to either his 25-year mission of advancing research and awareness to fight the fatal disease Multiple System Atrophy (MSA) which took Charlotte’s life, or to the church in which he and Margaret were so deeply involved:

Almighty God, source of all mercy and giver of comfort,
graciously tend those who mourn, that, casting all their
sorrow on you, they may know the consolation of your
love; through your son, Jesus Christ our Lord. Amen. 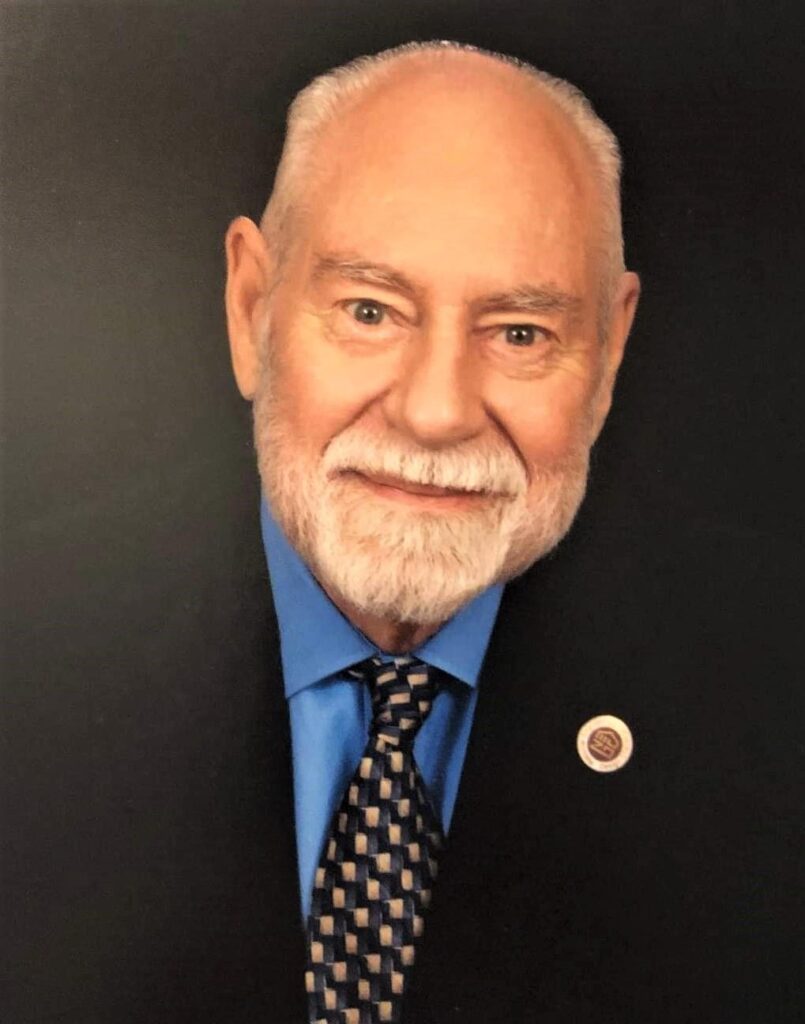 Raymond Wilbur “Bill” Werre, Jr. left us peacefully to be with the Lord July 19th, 2022, at age 85 due to heart failure. He lived with his daughter and son-in-law in the recent 16 months dealing with many health obstacles, and with a fighting determination to overcome each of them.

Bill was an intellectual person who liked to listen, learn, and consider all angles of the subject. “A man of few words” has described him throughout life, unless it was something he was truly passionate about. He was a true champion of “actions speak louder than words”. His unconditional love, support, and friendship to his family and friends was not questioned or needed to be discussed. Bill was always there for them when needed, making time to listen, lend a hand, shoulder, or give advice.

Bill was strong mentally and physically. He was a great example of how to live a happy and rewarding life by visiting and talking to those you love, having strong faith, and giving back to those in need. He frequently told everyone and anyone who would listen how fortunate he was to have his family and the best two wives anyone could ever wish for. 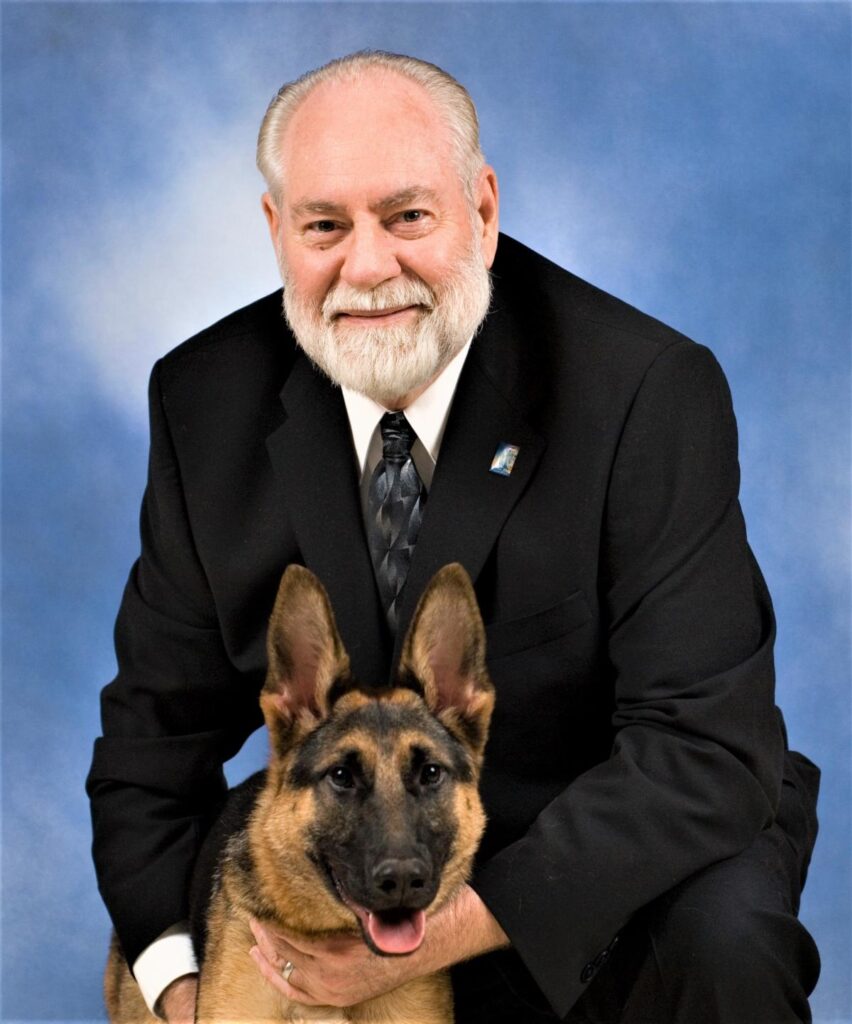 Bill met his first wife Charlotte through a Lutheran Bowling league in 1956. They were married in 1958 at the ages of 21 and 19 for 43 years until Charlotte passed at home with Bill caring for her fulltime. They lived in Laurel, MD and then in Herndon, VA. They raised their daughters and were active participants in VA’s Foster Care system, housing other children and bringing awareness & funding for children less fortunate. Together they were blessed with 4 grandchildren who meant the world to them. They enjoyed bowling and friends together for many years and looked forward to annual family vacations.

Bill then courted his second wife of 17 years, Margaret. They knew each other previously by working at USGS. They married in 2004, lived in Amissville, VA and were both embraced by each other’s families. Truly a perfect pair for their retirement years together. They participated in volunteer work, and enjoyed their friends, church members & activities, and their dogs – two of which were registered as Therapy Dogs so Bill & Margaret could take to nursing homes for others to visit with and enjoy. They baked cookies together to share with literally everyone they knew. Bill however is most memorable for his chili, pot roast, lemonade, veggie trays, and love of ice cream.

Bill lived most of his childhood in Cottage City, MD and graduated from Bladensburg Highschool in 1955. His career started at David Taylor Model Basin in Potomac, MD as a machinist apprentice in 1956. Bill transferred to U.S. Geological Survey (USGS) with the Department of Interior in Washington, DC in 1959 where he spent the remainder of his career. Concurrently Bill was in the Air Force Reserves from 1961-1967 in Radio Communications. In 1973 Bill & Charlotte moved to Herndon, VA after Bill’s USGS position moved to Reston, VA. Bill retired early from his position at USGS Department of Interior as the Machinist Manager in 1995 to care for Charlotte, and later moved away from Herndon in 2004.

Bill was a lifelong athlete. He started long-distance track in high school saying that after delivering town newspapers for many years prior, he could run all day. He played ping pong at home, with friends and in local tournaments for decades. From a child and into adulthood, Bill played as the pitcher on multiple softball teams through work and community, usually 2 per season. At around age 70 he stopped as his new commute from Amissville to Fairfax County was just too much. He then found pickleball as his new exercise of choice through a local league which he truly enjoyed. 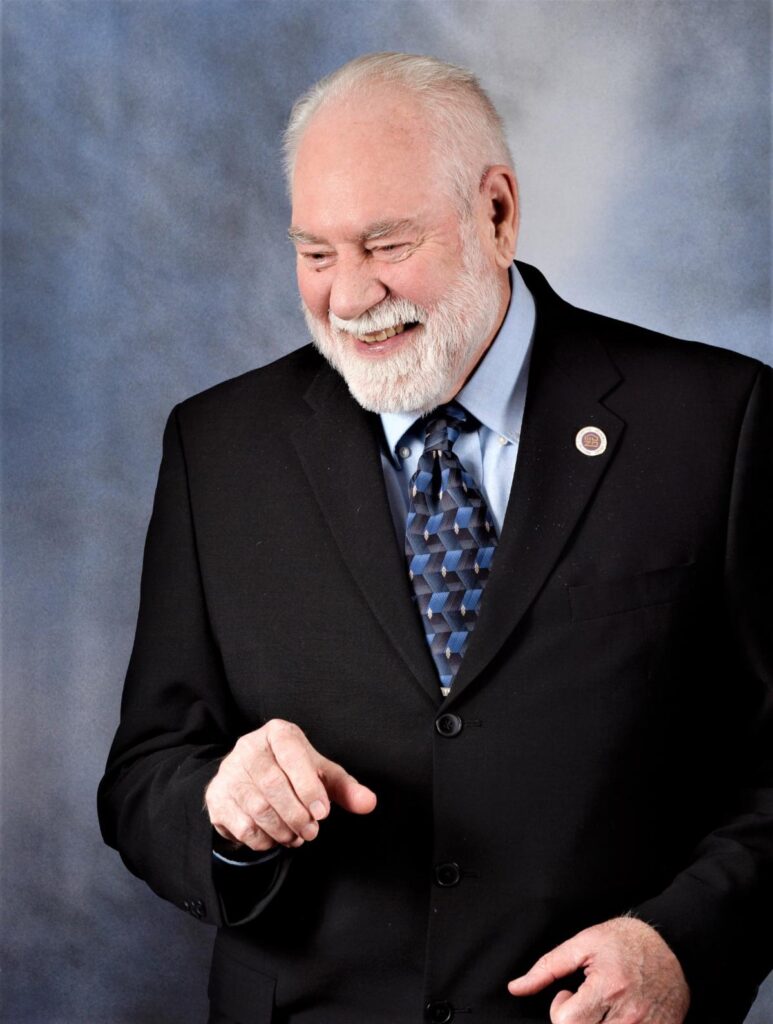 Bill had a passion for model rocketry since childhood. He made & launched them with friends and in clubs. A highlight for Bill was to co-chair the model rocket launches at Dulles Airport EXPO 1972 for attendees to enjoy and children to learn about his favorite hobby. He also enjoyed board games of all types and would rarely turn down an opportunity to play for an hour or the whole day. In his senior years, Bill was fascinated with model trains. He was building an around-the-basement display with multiple trains and scenery and was an active member of the Piedmont Railroaders Train Club.

In 1998 Bill joined the online support forum for Multiple System Atrophy where he took a leadership role sharing what he had learned while caring for Charlotte and making sure that other patients and their caregivers had helpful information and support. He made many friends around the world who were touched by his advice. A highlight for Bill was a trip to Australia in 2002 where he was able to meet with several MSA families he had communicated with through the support forum. Locally in the Washington, DC area Bill was involved in running an in-person support group for many years. He was a strong supporter of the Multiple System Atrophy Coalition, donating his time to help during their annual national conferences. At last count Bill (and Margaret) had attended at least a dozen MSA conferences and symposiums in the US, travelling to Boston, New York, Baltimore, Cleveland, San Diego, Milwaukee, Seattle, Nashville, and Orlando. Bill was always there ready to assist, ever helpful with his comments and support of others dealing with the disease. Bill was a strong advocate for increased research for this rare and devastating neurodegenerative disease. He liked to keep up with the latest research and that was another reason he attended the conferences year after year. 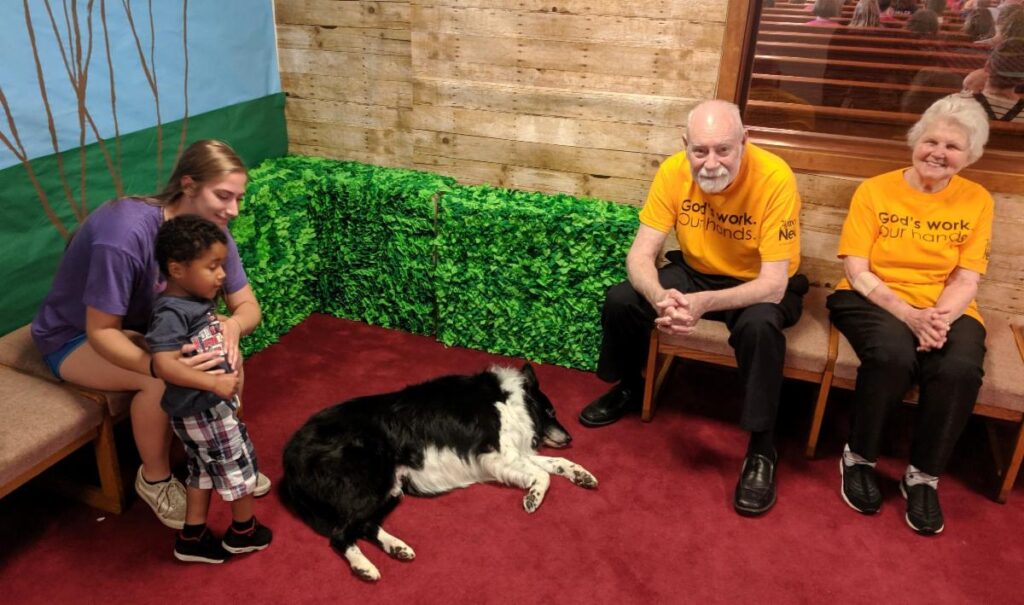 At Our Saviour Lutheran Church in Warrenton, VA Bill was involved with social ministry. He championed church involvement by drivingothers in need to medical appointments through the local Voltron ride share program. He later served on church council and was a strong liaison between the caring team and council. He served on the caring team sending cards and making visits to home-bound members. Bill helped found ECHO in 2015, “Experienced Christians Helping Others & Ourselves” the ministry by and for senior adults. He was on the planning committee, brought their Border Collie Kix to an event about helpful dogs and to Sunday School, and was faithful in bringing his special lemonade and 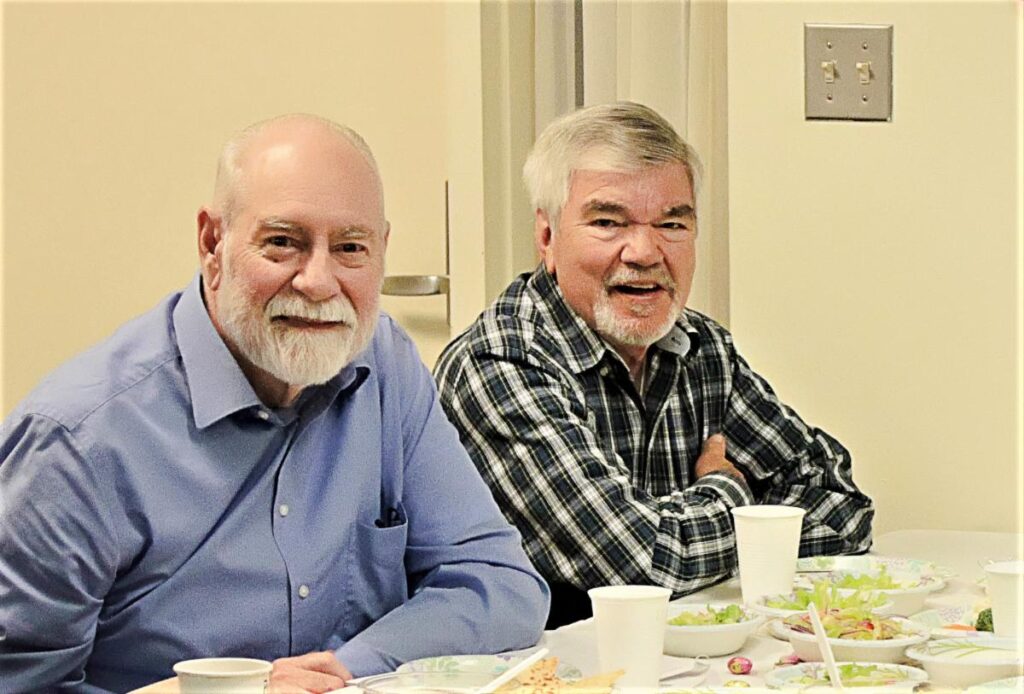 veggie trays, among many other things. He and Margaret were faithful participants in the Saturday contemporary service, greeting guests with asmile and inviting others to join them. Bill served on the property committee, helping keep the grounds and facilities running smoothly. Bill & Margaret of recent had been concerned of the church needing a new roof. Bill was also one of the founders of the church’s brand new pickleball program. At 80, he was the oldest on their court, and his ping-pong-trained spin caught many of the younger players off guard. At age 82 Bill was the starting pitcher for OSLC’s softball team also.

Bill was born in St. Louis, MO in 1937 to the late Florence Tillie Althen Werre and Raymond Wilbur “Will” Werre, Sr. and was also preceded in death by his first wife Charlotte Anna Robien Werre in 2001 and his second wife Margaret Rose Perry Werre in 2021.

Whether he was Bill, Dad, or Grandpop, we are all blessed to have known and been loved by such a strong-willed, happy, loving and proud man who will forever be in our hearts with love, and missed dearly until we meet again.

FacebookTwitterEmailLinkedIn
Previous
Sunday School is in Session (2022-2023)
Next
The Messenger: September 2022